"The quality of the training material, Ian's interpersonal skills and his ability to communicate effectively to all levels ensured complete buy-in from all the manufacturing team."

"We have and continue to find Ian's consultancy and training very beneficial with significant return on investment through increased engagement and efficiency gains.

Dealing with Ian is very straightforward and always seems to deliver quick, positive results and is excellent value for money."

All Astec machine shop operatives received training in SMED. Following the training, the operatives implemented the methodology and derived a number of opportunities to reduce the changeover times.  Using data on average number of changeovers per week and the average changeover reduction identified during the training,  the potential additional capacity which could be released equates to 1470 hours per year.  The photographs below show the analysis carried out by the teams and the identification of the opportunities for improvement.
All Astec employees received training in 5S Workplace Organisation.  The methodology was implemented in two areas of the factory.  This photograph shows one of those areas after the training and a 5S Workshop in the area. 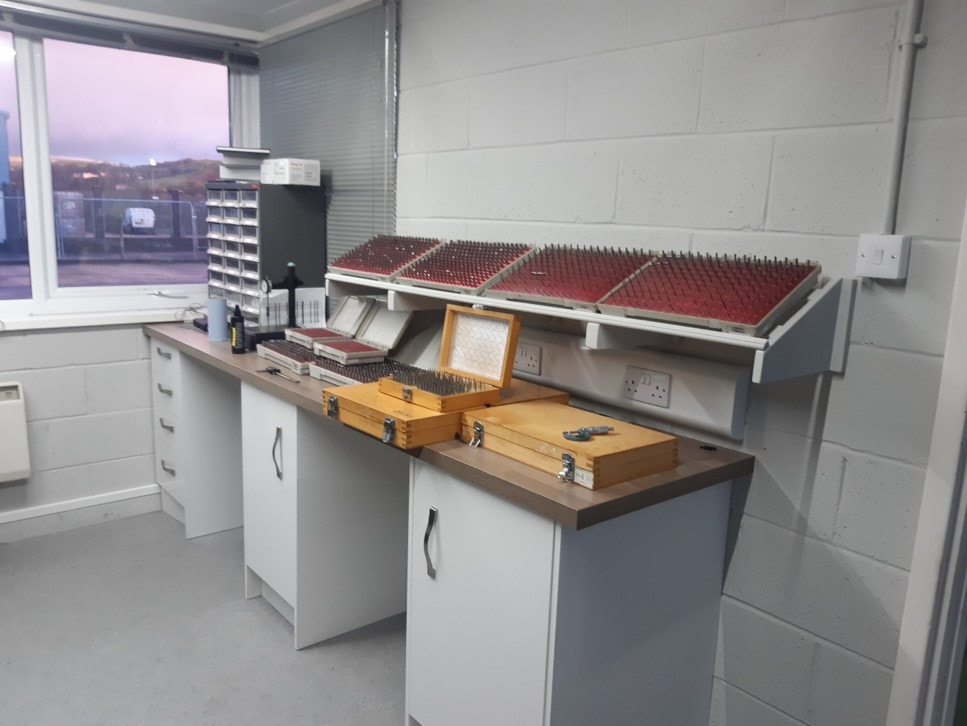 During the project, the potential move to a new site arose.  A number of days of the project were re-directed to lead a team to develop a Lean layout for the new site.  This photograph shows the Future State layout developed by the team using the principles learnt in earlier training sessions. 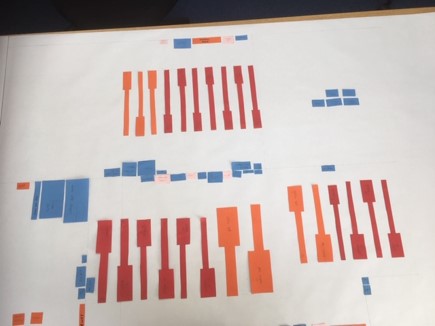 A set of shop floor key performance indicators, based on the SQCDP format, were created and introduced into the business.. 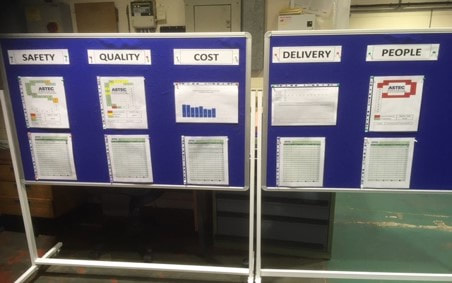 Next Steps:
The company are starting preparations for the move to the new site.  Ahead of this move, items/areas which do not meet the desired organisational standard to be introduced on the new site will be identified and rectified so that anything below standard will not be transferred.  The training received by all personnel will be built upon as the management team endeavour to shape/drive expected post move behaviours throughout the business ahead of the move.
"Ian came on site and it was if he had been in the business all his life, he instinctively knew his way around the hot topics and adapted well to situations.  His training and people skills were fantastic.  As a business we learned a great deal and will soon be engaging with Ian for the next phase of the improvement process.  I would have no hesitation recommending Ian as someone who can come in and help implement improved methods of work to benefit your organisation.  Thank you Ian, see you soon."